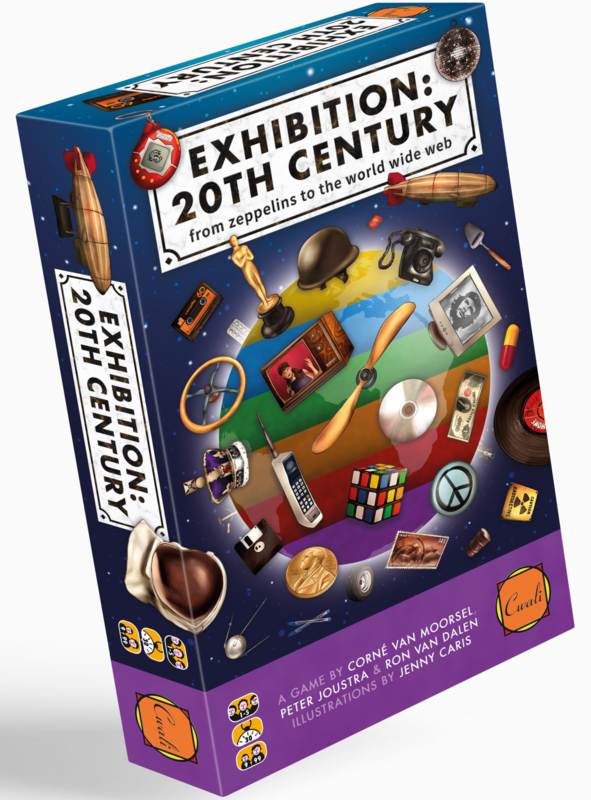 Included in the game box (not in above content picture) are:
-- 10 SECRET DECADE cards. When each player gets such a (secret) card at the game start, each year from this decade in your exhibition brings an extra point at the end of the game.
-- The special 'Einstein' card, without a year or continent. So there are 101 century cards instead of 100. This "joker" card has advantages, but disadvantages too.

Goal of the game: Each player tries to make the best exhibition about the 20th Century.

The available objects for your exhibition are placed in the center of the table in 6 groups of 3, each group placed at 1 of the 6 continents (colors).

Each player tries to place the objects in their own showcases in accordance to general (ascending years and different continents) and showcase-specific requirements.

The game ends if no player will fit a card in their exhibition anymore.

For the victory points players try to fulfill goals the best, during the game and for the endscore. Some goals are individual, for other goals the players compete.