Roll To The Top Laminate DUEL 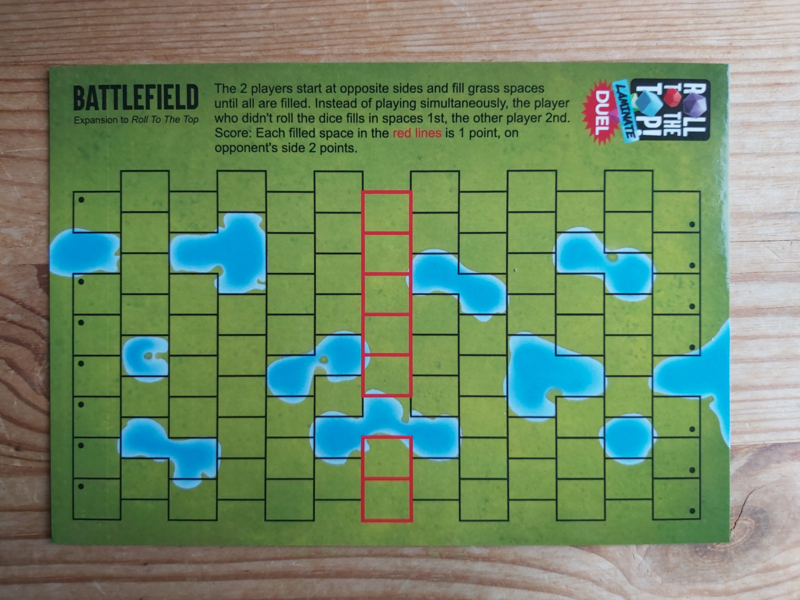 In this 2-player variant of *Roll to the Top*, the players start at opposite sides.
Instead of playing turns simultaneous, one player fills in first (the player who didn't roll the dice) and the other second.
Goal of the game is to have the most spaces filled once all spaces are filled.

The sheet has 2 sides:
- BATTLEFIELD:
Move crisscross through the landscape to your opponent.
- NAVAL BATTLE:
Attack your opponent straight forward.