Only at the Spiel-fair: *Beasty Borders* 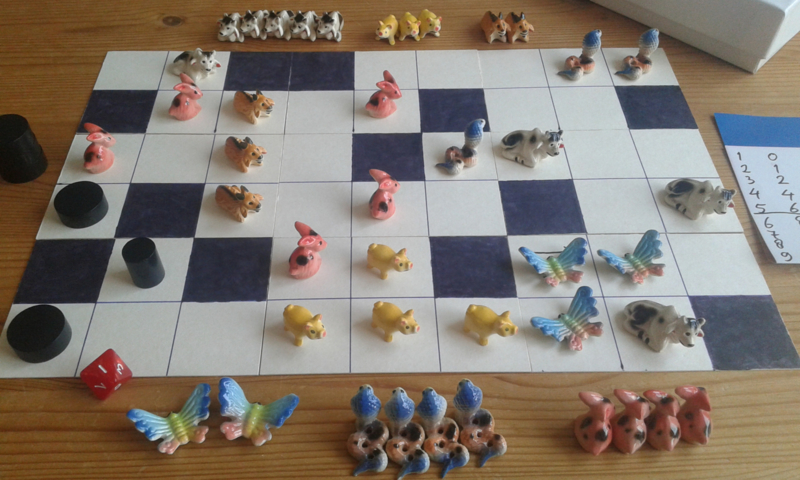 - See photos of the printed game at https://www.kickstarter.com/projects/cwali/beasty-borders/description.

- There will be no deliveries later for missing or damaged parts. So each buyer must check their game at Cwali-booth 1-G125!

- In the Cwali-booth we will have bubble-wrap so you can pack the game/parts yourself.

- TYPE OF GAME: Both players try to build the biggest groups of animals in a landscape. The rules are very short and easy. Much luck, much depth, much drama. Sometimes a no-brainer move, sometimes a very tough choice. In that respect maybe comparable to Roll-To-The-Top. I work at this game again with co-author Peter Joustra. The game never goes as "planned" so you often must adapt to new situations. It's a very light game, ages 8-99 maybe, but exciting to play tactical. The tension builds up towards the end of the game. Playtime 20 minutes.

Both players take a set of 5, 7 and 8 (was 9 in below prototype photos, in latest version 8 seems better) animals. In below photos 1 player has the wild animals and the other player the farm animals. (In some of the other game copies all 6 animals will be wild animals.) Shuffle and place the 9 tiles (each tile has 4 or 5 spaces for animals) (illustrations/prints not made yet). Place the black marker (and the D8 die) at the marked space. The 5 "empty space" discs at a side. (The piece of paper with numbers in below photo is an older version of the scores.) 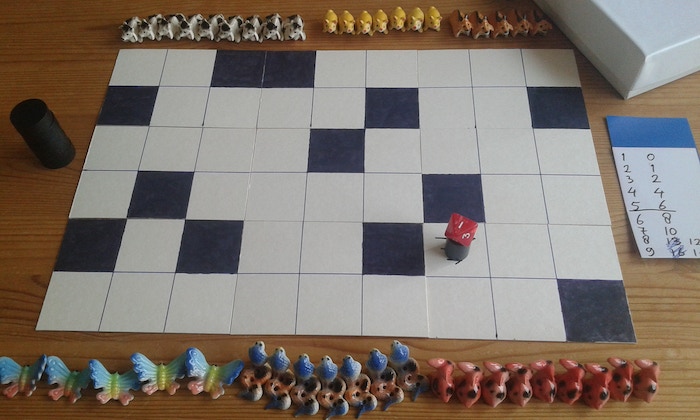 (prototype photo, the tiles illustrations/prints aren't made yet)

The start player rolls the D8 and moves the black marker by a number of (white) empty spaces equal to the number on the die, in the direction marked at the start space. If the end of a row is reached, you count further at the next row. In below example an 8 was rolled. 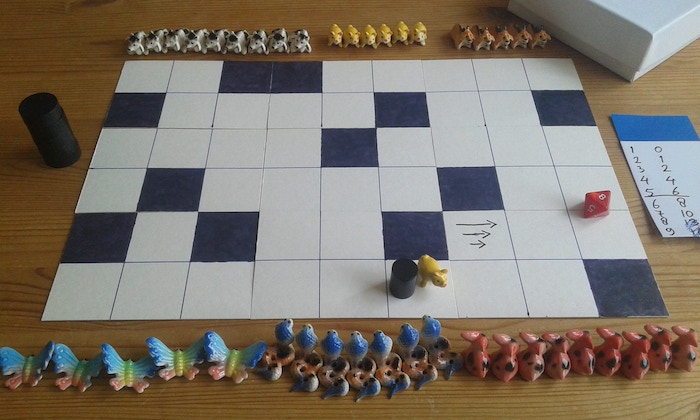 Now you choose if you want to place an animal (so you can pass!), and which animal. The start player here has the farm animals and chooses to play one of their 7 porks. Now the other player will roll the die, move the marker and possibly place an own animal. 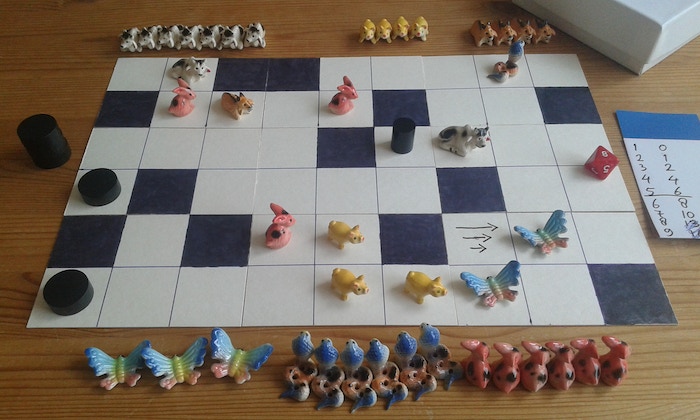 If you pass, then the other player can choose to place an animal, or pass too. If both players pass, a black disc gets placed there and this space stays empty forever. If you pass in your own turn, you roll the die for the next turn too, so get the first choice again!!! 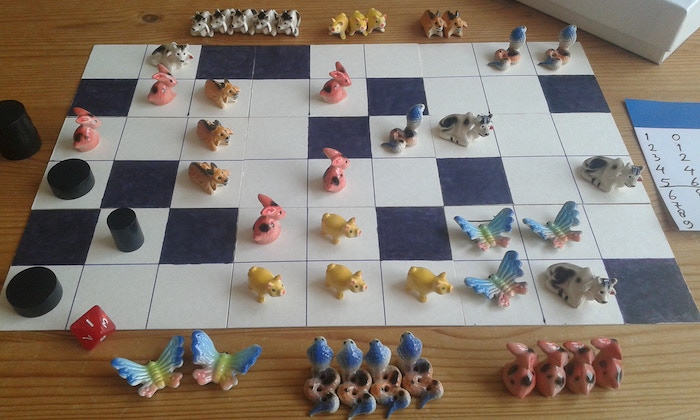 Here the player with the wild animals had moved the marker so now must choose to place or pass. Not a good spot for wild animal groups. But if passing, then the other player can place a pork and still has 2 porks to connect it to the group of 4 porks. The player wants to keep the 2 butterflies and 4 rabbits, but offers a snake to that spot. Maybe not the best move? 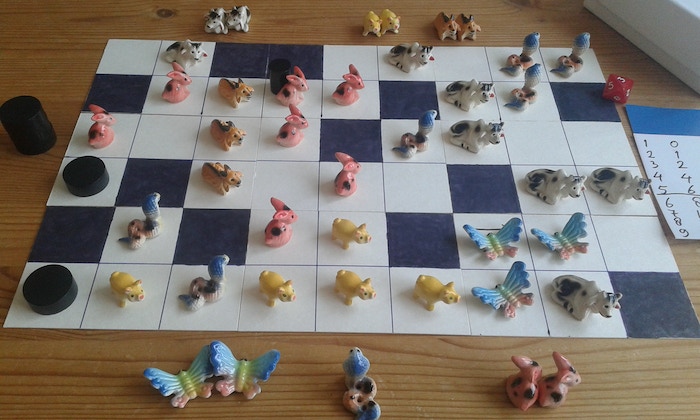 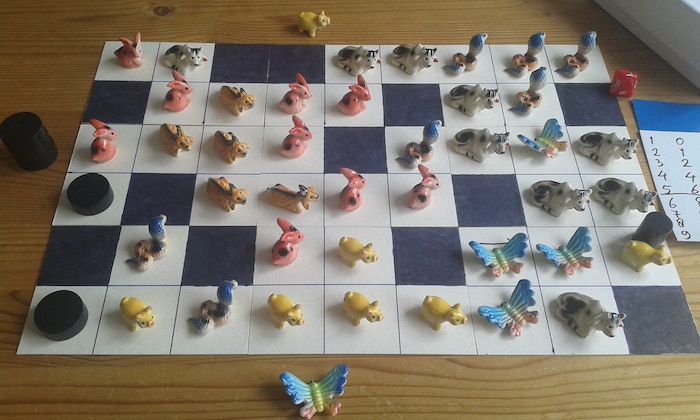 Picture of a tile, artwork not final but it will be like this: 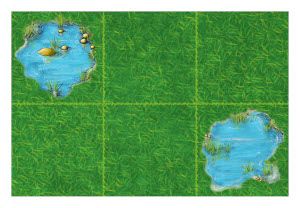